A story is so much more than just a sequence of events. It's more than a collection of characters, a plot, rising action, falling action, and an ending.

The more I write, the more I realize that theme and emotion are everything in storytelling.

But, at the same time, those elements are the hardest of any to actually uncover.

You could easily write a story about driving to work, for example. You could write about how you woke up, showered, brushed your teeth, made a cup of coffee, drove, parked, and walked into your office. Maybe something exciting even happened on your way in -- you saw a crazy accident or you saw the police pursuing a suspect or you saw a bunch of naked people on the side of the road.

That's interesting, sure, but that doesn't make it a great story.

What did you learn about yourself at the end that you didn't know at the beginning?

What did you learn about the world?

What's the insight into the "human condition" that this story ultimately led you to?

Those can be really hard questions to answer, but here are some techniques that can help.

Write More Material than You Need

It's sometimes hard to know what to include in a story and what to leave out, especially before you've discovered the emotional hook of what you're writing. How granular should you get in your details? We know that all stories have a beginning, a middle, and an end... but where should yours begin? Where should it end?

The best solution I've found to this problem is to just write everything -- and then carefully scale back once you've figure out what serves the story and what doesn't.

It may take a lot of writing to find what you're looking for, but the more material you write, the more new angles to your own story you're likely to discover. Think about a sculpture -- you can either build it from the ground up using only the pieces you need, or you can start with a giant lump of clay or concrete and slowly widdle away until the lines begin to show themselves and guide you.

Real life is kind of messy.

Things don't tend to happen in an order that makes a lot of sense. Real conversations contain a ton of irrelevant words. Real stories are derailed, delayed, left half finished, etc.

So if you're writing about something that actually happened, don't feel like you need to be married to reality. Because stories aren't transcriptions. In other words, just because something happened doesn't mean it has to be included in your written interpretation if it doesn't serve the narrative. It's okay to tweak people's dialogue or play around with chronology in order to drive home the point of your story.

If you're writing pure fiction, don't feel like you have to be constrained by all the rules of real life either. You ever watch TV shows where the characters always show up unannounced at each other's houses in order to have conversations that could have been done in a thirty second phone call? They do it because it allows the characters to interact in a way that demonstrates some sort of deeper meaning, even though that kind of thing rarely happens in real life.

Allow yourself creative license and you'll find the possibilities of what you're able to say will expand dramatically. 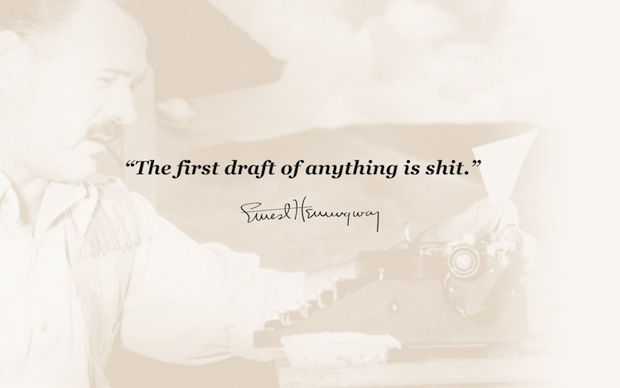 You're never going to get the story right the first time through. Don't settle until you've nailed it.

I guarantee you'll know when you have.

But I think you'd be surprised, once you start doing the things I listed above, how seemingly ordinary stories can demonstrate incredible insight into relationships, life, love, whatever.

It sounds corny, but there is a lot of beauty in the mundane. You just have to put in the work to find it.

UPDATE 7.30.13 I originally wrote this post in April of 2014, when any Medium user could submit any story they wrote to any Collection of their choosing. Medium has since abandoned this open submission policy -- details here. My take? It's disappointing.

I saw this question asked on Quora recently and thought I would answer more in depth here. The best thing you can possibly have to get hired as a copywriter, of course, is connections. I think it holds true in most industries, but there's