I’m not an unreasonable person, but I can only be pushed so far. You know you’ve really pissed me off when I take to the written word to express my frustrations. 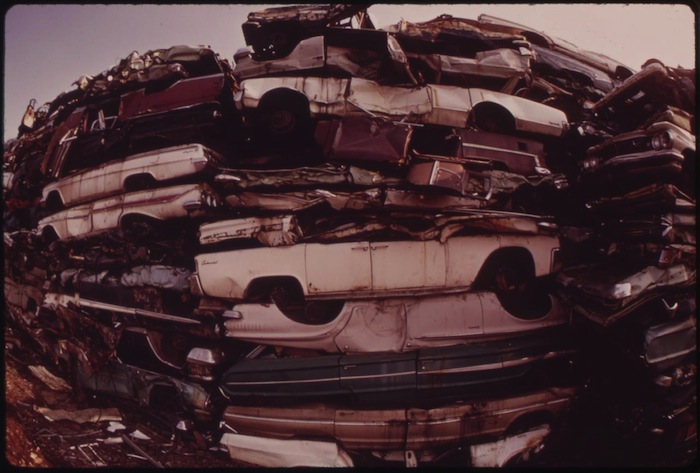 When my wife and I first moved to Atlanta, we decided to pare down to a single car that we’d both share. That meant getting rid of my 2003 Chevy Impala, a hulking boat of a car that featured bench seating and a penchant for not starting anytime you were in a hurry.

I didn’t love the idea of getting rid of it since it was one of the first things I bought with my own, hard-earned money other than fast food and video games. But the single car life was actually an upgrade for me – we kept my wife’s (far nicer) 2008 Ford Escape, which I drove everyday while she walked to graduate classes at Georgia Tech. When she graduated, though, we moved out of the city and sharing a car became impossible.

That meant I got to pick out a new one. It would be just for me, and it would need to hold up against a pretty demanding commute – about an hour and a half of travel a day. I fell in love with a shiny, silver Mazda3 and it wasn’t long before we were signing on the dotted line, ready to take it home.

Unfortunately, that’s pretty much where the good part of the story ends.

The weeks that followed were full of the car dealership fucking up in every way you can imagine – and even some ways that I didn’t think were possible. Here are just a few of the ridiculous stunts they pulled:

They pretty much treated me like garbage, ignored my calls and emails, responded in text-speak when they felt like it (“what county r u n?”), and just generally acted like a bunch of dickheads.

It takes a lot for me to feel wronged. It really does. I tend to give people the benefit of the doubt even when it’s pretty clear they don’t deserve it.

But this was too much. Even for me.

I thought about what to do. I could call their corporate line and dish my story to one of their associates, but honestly, I suck at that. I’m terrible at saying words to other human beings. I’m placated way too easily in situations like this and I didn’t want to just go away quietly.

So I took to the Internet.

I wrote this beast of a review, detailing every little injustice I felt I suffered at the hands of this dealership. It was scathing. SCATHING. And it came in over 2000 words, if I remember correctly.

I went to DealerRater, Cars.com, AutoTrader – all the big names in online car buying, and submitted my manifesto. I knew that a lot of dealers check these sites and will reach out to the people behind negative reviews to get the full story. But I ran into a roadblock – many of the major review sites had character limits that I had to abide by. And they wouldn’t let me post a review that said things like “fucking awful” or “treated like absolute shit”.

So, needless to say, I was frustrated. I posted abridged versions of my hate-fueled essay on a few of the sites, but I didn’t feel satisfied. 1000 characters just wasn’t enough to capture all of my rage.

But then I had a brilliant idea.

I started a blog.

I called it “[Dealership Name] Sucks”. And there was only one post.

My entire story was out there now, in all it’s unfiltered glory, for all the world to see. And I felt a little bit better knowing that. But the truth is that no one was ever going to see it, tucked away in the ass crack of Blogpost. So I went to the dealership’s corporate website and got the email addresses of some of the people on their board of advisors or whatever, and I emailed the link to all of them.

I kept the message cryptic. “Thought you might want to see this.” And then the link.

I kept an eye on the traffic to the blog throughout the day – and I realize how crazy that sounds. I just don’t think I can fully express how enraged I was. I never do this kind of thing. NEVER. But I felt like, somehow, I was fighting for all the people like me that are too polite to get uppity in a store manager’s face or tell someone when they’re being a fucking prick.

A short while after I sent out the link, I saw a visit to the blog. Then another. Then another. By the end of the day, the blog had been visited dozens of times by a number of completely unique users.

Within a few hours, my phone lit up with a number I didn’t recognize.

It was the dealership’s corporate communications director, or someone like that.

She was absolutely mortified at the content that was now floating around the Internet. Her voice betrayed, literally, pure panic. I imagined a scowling VP forwarding my blog to her, furious how something like this could get out there.

She apologized profusely and I told her I was sorry that she had to be the one to clean up someone else’s mess. She recognized that I must have been really upset to go through this kind of trouble.

We talked a few times over the next couple of days as she “investigated the incident.” She ended up offering me a bunch of stuff to help make it right – free oil changes and car detailings – and assured me the staff of the dealership would be undergoing “rigorous retraining” to “correct unacceptable behavior”.

I guess I have no way of knowing if they ever really did any of that, though I did wonder if the GM of the dealership was going to show up at my door one night wanting to kick my ass.

But at least I had been heard. That’s all I really wanted. And I knew I’d never be heard the way I needed to be through a recorded-for-training-purposes customer service call. I felt like I had been railroaded and taken advantage of, so I used the best weapon I had at my disposal: my ability to tell a story and make people understand exactly why I felt I had been wronged.

In one of my last conversations with the communications lady, she said, “By the way, your review was really beautifully written, despite all the bad stuff you were saying. Are you a writer by any chance?”

I hope they think twice before they fuck with one again.

I just got done talking about a story I recently published, and how none of the bigger outlets I pitched were interested in running it. I talked about how I settled for publishing on Medium and was thrilled when 400 people read it. Well,

I saw this question asked on Quora recently and thought I would answer more in depth here. The best thing you can possibly have to get hired as a copywriter, of course, is connections. I think it holds true in most industries, but there's